Sophie Rosser was returning to a flat in London’s Canary Wharf in August 2012 when she saw the building alight and rushed inside to warn her fiancé.

A coroner criticised safety failings but said the Cardiff-born 23-year-old’s death was accidental.

Ms Rosser’s father Julian said: “Nobody was blamed because the coroner wasn’t sure who the responsible person was.”

Executive PA Ms Rosser was returning home from a birthday party in the early hours of the morning when she saw smoke pouring from the fourth floor of Meridian Point in London’s Docklands, an inquest in April 2014 heard.

She had rushed into the burning building to alert her fiancé Oscar Silva who was in their fifth-floor apartment.

He had escaped to a balcony and was rescued by fire crews, but Ms Rosser collapsed in the smoke and later died in hospital from her burns.

Coroner Mary Hassell told the inquest in Poplar, east London, that Ms Rosser’s death could have been avoided if a self-closing fire door had not become stuck on the floor preventing it from closing.

Other safety failings – including a lack of testing of smoke alarms and risk assessments – were also criticised but were not blamed for the fatality. 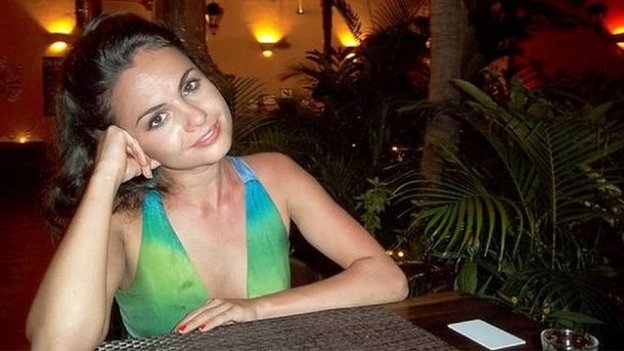 ‘Pass the buck’Mr Rosser, from Whitchurch, Cardiff, said the family was frustrated that the coroner was not able to identify where the blame for poor building maintenance lay – with the owner, the property management company, or fire risk assessors.

“I want changes in the law to make it clear who’s responsible for fire safety,” he said.

“Nobody was blamed because the coroner wasn’t sure who the responsible person was.

“We would have hoped as a family that the coroner would have cleared the way for corporate manslaughter charges to be brought against the companies involved.

“The problem with the law at the moment is that it does not make any single entity responsible for the regular inspection and maintenance of fire doors in communal areas so that everybody can pass the buck as happened in Sophie’s case.”

Mr Rosser has spoken out as part of Fire Door Safety Week, backed by a range of organisations including the UK government and the Chief Fire Officers Association.