In June last year, police at San Diego International Airport noticed a passenger’s bag was smoking as it journeyed around the carousel.

Inside, a lithium-ion battery had touched a screwdriver and both had melted.

In September 2012, a flight attendant and two passengers were burned when they handled a mobile phone and spare battery that overheated during a flight.

The Federal Aviation Administration (FAA) report says “a flight attendant described a shooting fire from a passenger’s device at about the same time that the captain felt a small thud”.

The battery lay burning in the aisle until the quick-thinking flight attendant put it out with wet towels then shoved it into a cup of water to cool it down.

And all that is just on American aircraft.

A recent estimate said that the average small plane carrying 100 passengers could have 500 lithium batteries on board when you tot up all the watches, laptops, cameras, e-readers, tablet computers and suchlike.

Now the UK’s safety regulator, the Civil Aviation Authority (CAA), has told the BBC that the huge growth in people carrying lithium batteries on aircraft poses a growing fire risk

Geoff Leach, the manager of the CAA’s Dangerous Goods Office, told me that batteries bought from respectable retailers are regulated and safe, as long as you pack them in your bag properly (see box).

But he is very worried about cheap, copycat batteries bought from dubious sources online, batteries that could develop a fault with dramatic consequences.

Lithium batteries look harmless enough, but they pack a hell of a punch if they overheat.

We have been filming at a place called the “Burn Lab”, which belongs to the Building Research Establishment (BRE).

No prizes for guessing what happens in the Burn Lab, by the way.

They set up a test for us, to create deliberately a fault in a number of batteries by heating them up to 300C.

Clearly, we were forcing them to fail so you don’t need to worry that your legitimately bought battery will suddenly combust, but the results were explosive. Literally. Just look at the film.

A tiny camera battery no bigger than a box of matches made us all jump out of our skins as it went bang, then flew 5m across the lab.

We cleared out of the building for the laptop battery test. It exploded several times, leaving a sizzling mess behind. 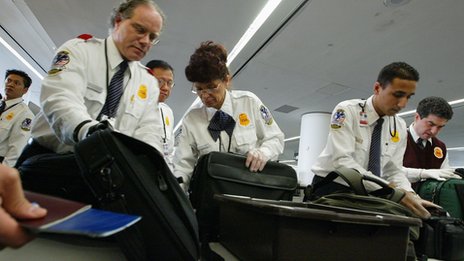 The CAA has been working with its US counterpart, the Federal Aviation Administration (FAA), to produce a series of videos showing aviation professionals and the public how to pack batteries safely and what to do if they happen to smoulder or even catch fire.

The films will eventually go online, to be watched by cabin crew, luggage handlers, members of the public and people sending things in the post (don’t forget that a lot of post goes on aircraft, even within the UK, so ask at the Post Office if you are sending a device with a lithium battery inside).

Many airlines already train their staff on how to put out lithium battery fires.

The CAA aren’t the only ones to have voiced concerns over lithium batteries. Earlier this year the highly respected Royal Aeronautical Society produced a report that talked about the risks from batteries bought from questionable sources on the “grey market”.

At the end it concludes: “The risk of future fire-related incidents or accidents has increased due to the proliferation of lithium batteries and other risks.”

I would like to stress that lithium battery fires on aircraft are a very rare event, when you think how many billions of them are flown around every year. But one fire is one too many. Talk to pilots and many will say that fire and smoke are their biggest fears.

No-one is suggesting that the authorities ban lithium batteries from aircraft.

In fact, the European Union is slowly paving the way for passengers to access the internet during flights, a move that is sure to increase the number of phones, and tablets on board.

Plus, many pilots now use electronic tablets instead of big thick paper books on the flight deck.

But regulators, along with the Royal Aeronautical Society do want to raise awareness across the industry and among the public, spreading the message that lithium batteries are powerful and you need to be careful about where you store them and where you buy them, especially if you are getting on an aeroplane.

How to avoid battery blow-up